buchhandel.de was until January 2017 the largest book market in the German-speaking Internet. More than 2.8 million books and eBooks could be ordered via the platform. The platform was operated by MVB (Marketing- und Verlagsservice des Buchhandels GmbH), a subsidiary of the Börsenverein des deutschen Buchhandels, with the aim of uniting all german booksellers via a shared platform. The greatest achivement? A system that would allow most of all revenues to go to the local bookseller, who also acted as distribution partners.

ilscipio has carried out the technical implementation on the basis of Scipio and remained connected to buchhande.de as a close partner of the MVB. 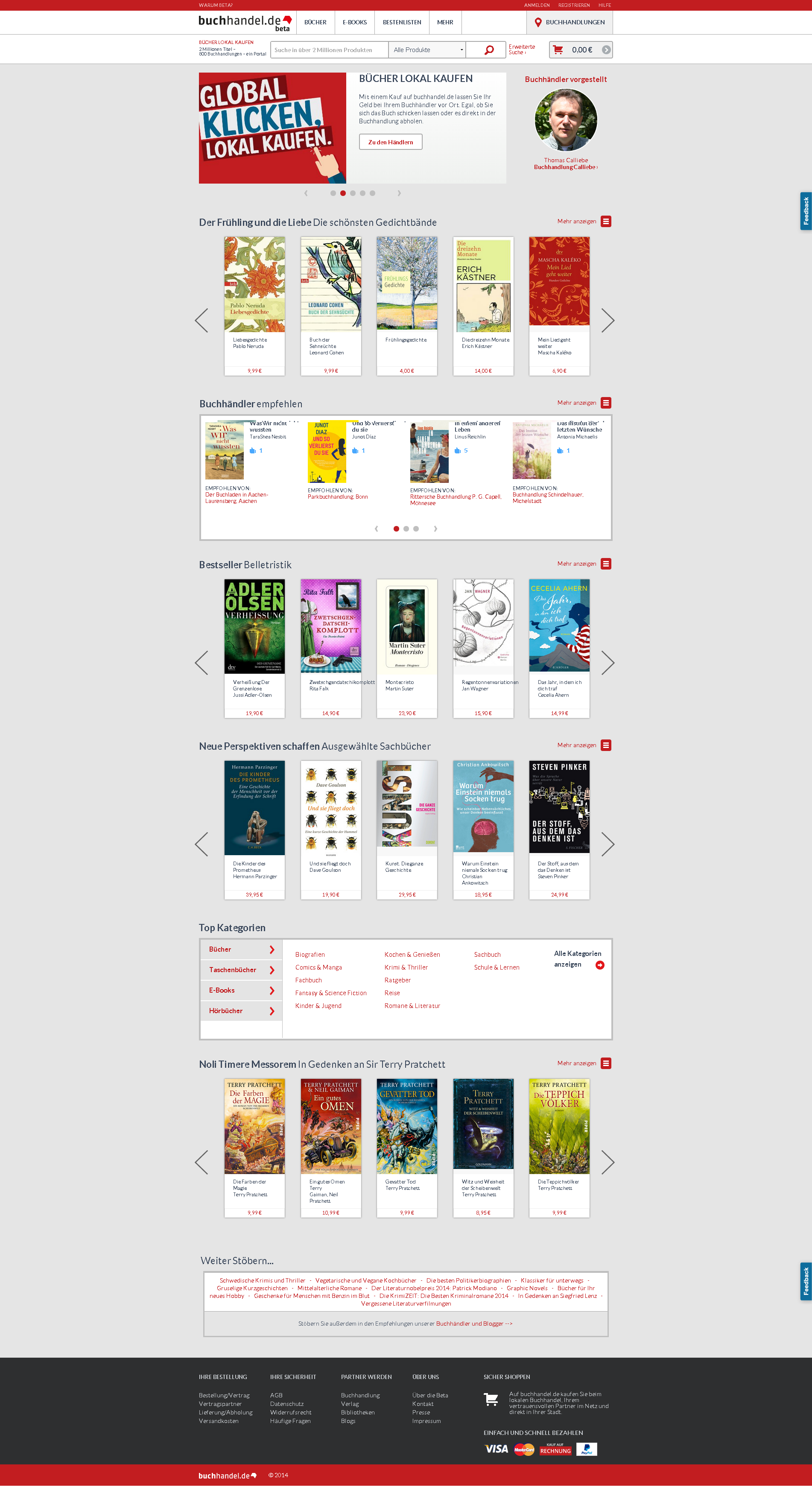